Stay tuned for upcoming events for FACE Music Mela in near future.
View

FACE Music Mela 2018 will take place on 24th and 25th March 2018 at Pakistan National Council of the Arts, Islamabad. FACE Music Mela is a music festival which is normally held in the capital of Pakistan. It is organized by Foundation for Arts, Culture & Education (FACE). Tagline of this popular Musicmela in Islamabad is "Now Never Ends".

Aim of FACE Music Mela is to provide a boost to the fledgling music industry of Pakistan, particularly in Islamabad. It inspires young artists to improve their level of professionalism through performances, workshops and presentations; and to highlight the creative talent of the region in front of promoters, publishers and the media. FACE MusicMela includes master workshops with music teachers and leading artists; live music performances with headlining acts, folk, classical fusion and upcoming acts; lectures followed by Q&A sessions with directors of successful music projects; panel discussions with leading exponents of the music industry of Pakistan including promoters, publishers, educationists and artists; stalls for the introduction and outreach of folk musicians and upcoming bands. Representatives of the South by Southwest Music Festival from Austin, Texas, share their experience at the FACE Music Mela as well as scout for local talent. 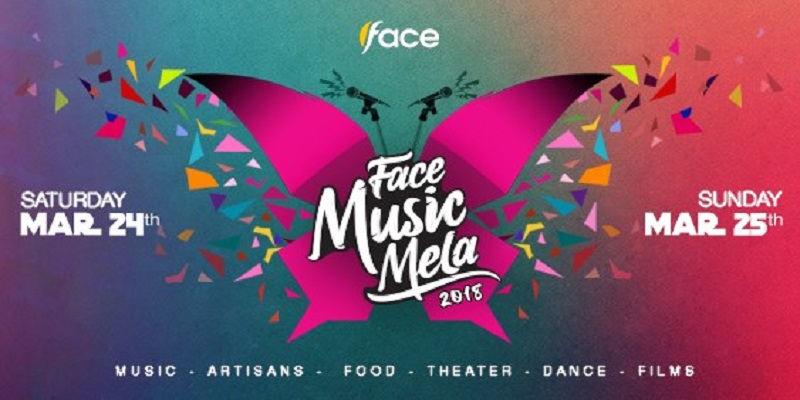